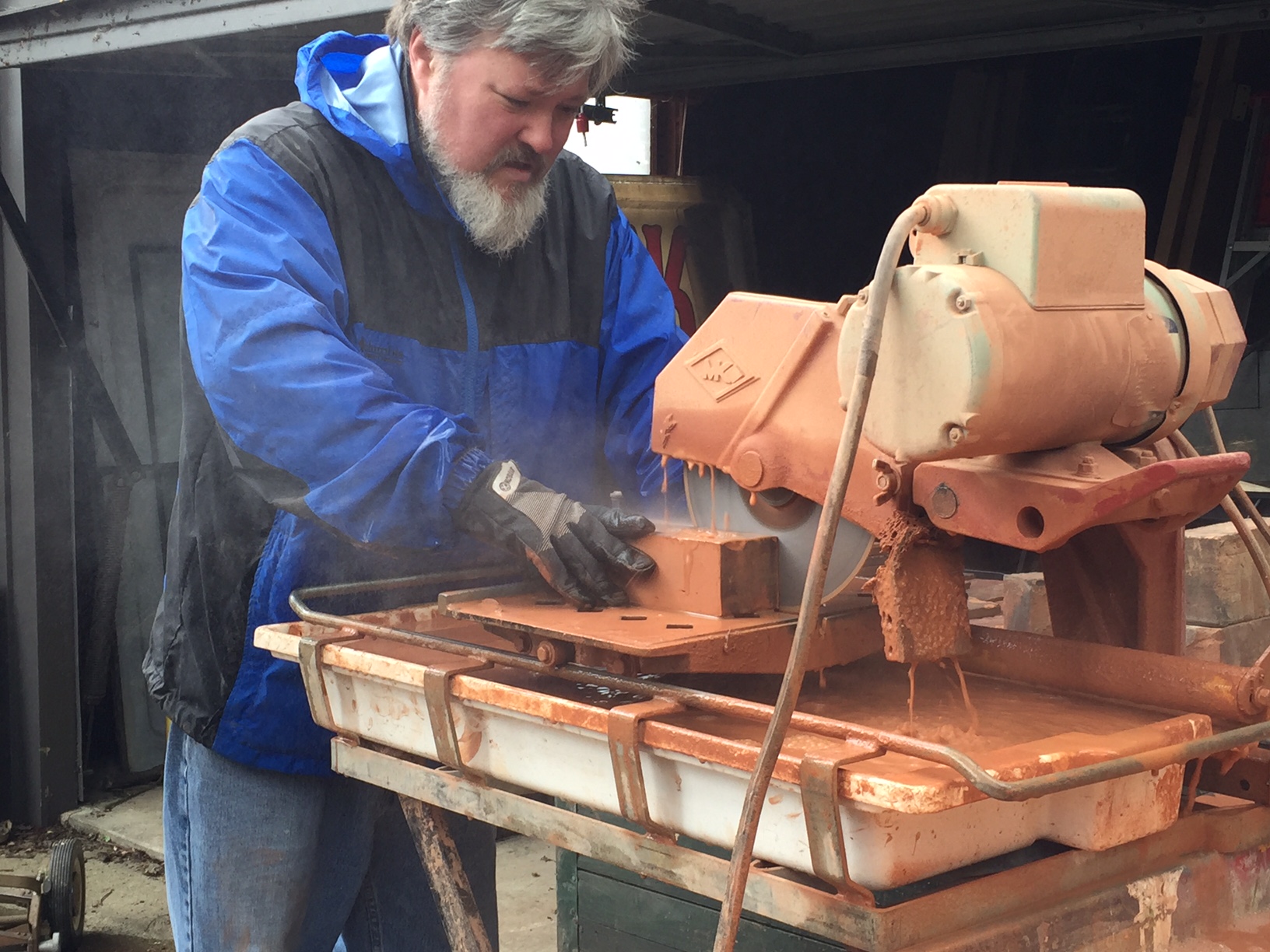 Detroit and Michigan themed images emblazoned onto Detroit reclaimed bricks, wood and tile is the product line of CRAWFORD WOLFE.  His roots originated in commercial screen printing and as the market segment of this dwindled, Crawford moved his work into fine art.  “I enjoy crafting,” he relates and continues, “as this allows me to create unique pieces and artwork from Michigan artifacts that have been in our great state longer than most of us.”  Even though bricks are his favorite seller, tumbled marble coasters and wall hangings have become his best seller.  The booth also features magnets and rooftop slates.  Crawford enjoys “Clippert Bricks” as each has its own charm with regards to weathering and the way the inks infuse into the clay.  “These bricks are very old, and their history has me hooked,” he stated.  In fact, a customer labored over a purchase several years ago, as he needed one “that would be seen by a lot of people.”   Crawford received an email months later from this man stating that he was a long-standing member of the International Brick Association and had been interviewed for the Chicago Tribune streaming a video section on the brick on their web portal.  This focused on the brick he had carefully chosen!   Examine these fabulous bricks in Crawford’s booth and he’ll share other stories regarding his bricks.